Sub-project D:
Elucidation of Solar and Planetary Dynamics and Evolution

This project aims to comprehensively understand planetary environmental changes from solar magnetic activity, and to clarify the connection between solar interior activity and interplanetary space dynamics. In addition, we aim to elucidate and predict the effects of solar magnetic activity. We will realize high-resolution continuum mechanics numerical simulations of planetary interiors and surface atmospheres, and aim at a unified understanding of the formation and evolution of the Earth, Moon, and planets, which have been revealed by the expansion of solar system exploration, progress in planet formation theory, and material science and geological studies.

Objectives and methods of this project

We will realize the world’s first first-principles simulation of solar cycle activity, and construct a comprehensive model of the Sun and heliosphere that combines the solar interior and interplanetary space through collaboration between solar physics and terrestrial electromagnetism. 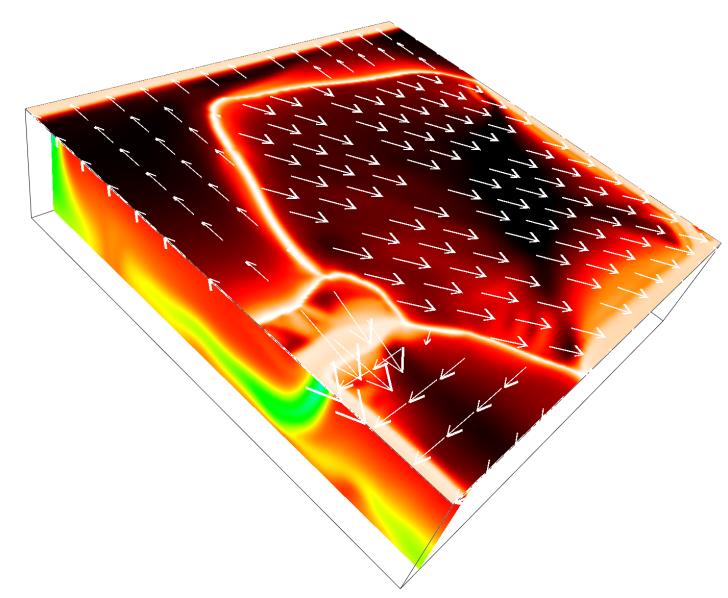 The upper surface is the earth’s surface, and the distribution of viscosities and plate velocities (arrows) are shown on this surface. The vertical cross section in the foreground shows the temperature distribution in this plane. The size of the computational domain is 12,000 km from east to west and north to south, and the depth is 3,000 km 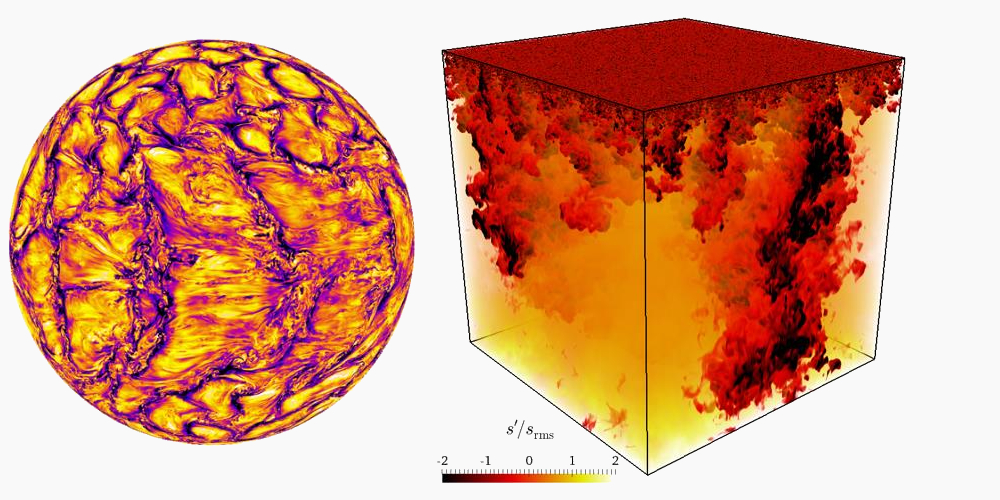