In this project, we will construct models with sufficient resolution and appropriate physical processes that can be directly compared with observations at each level, and compare them with observations to achieve an interconnected understanding of the hierarchy. 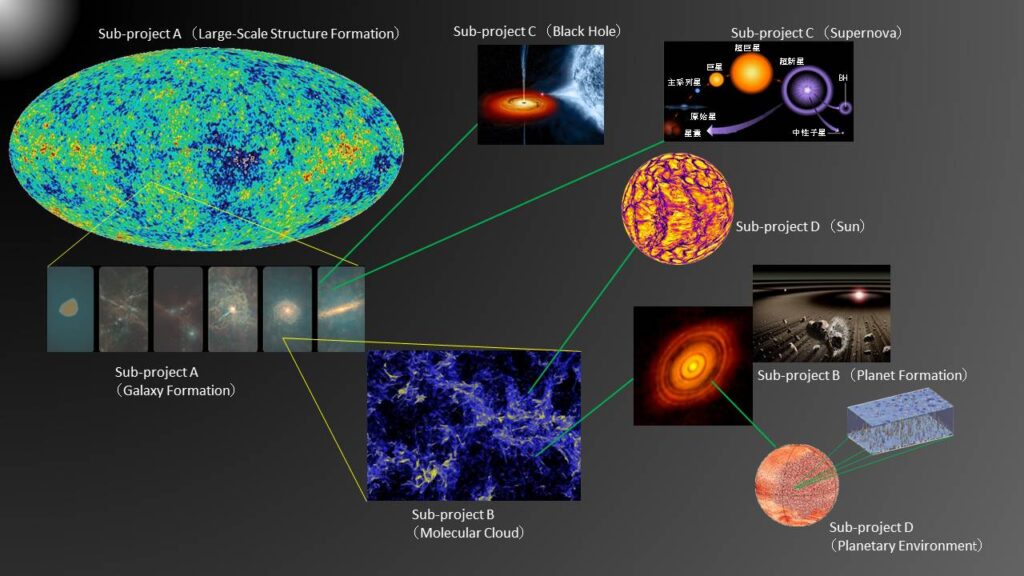 Specifically, we have set up the following 4 Sub-project. In each of these sub-projects, as summarized in the following table, we will conduct simulations that greatly exceed the current world level, which will not only dramatically advance research in each area, but will also enable us to understand the interaction between hierarchies, such as galaxy formation and star cluster formation, and star cluster formation and star formation.