This project aims to elucidate the history of black hole formation and evolution, the mechanisms of high-energy phenomena around black holes affecting the star formation and galaxy evolutioin. The mechanism of gravitationally collapsing supernovae explosion, which is the key to the matter cycle in the universe, will be clarified by three-dimensional radiation hydrodynamics simulations based on first-principles calculations in which the neutrino radiation transport, physical processes related to atomic nuclei and neutrinos are more precisely treated.

Objectives and methods of this project

We will elucidate the structure and dynamics of black hole accretion disks, and clarify the production mechanism of relativistic jets. Furthermore, we will clarify the growth process of supermassive black holes and the effect of their growth on the evolution of surrounding stars and galaxies. We will elucidate the mechanism of supernova explosions using first-principles calculations of three-dimensional neutrino radiation hydrodynamics. 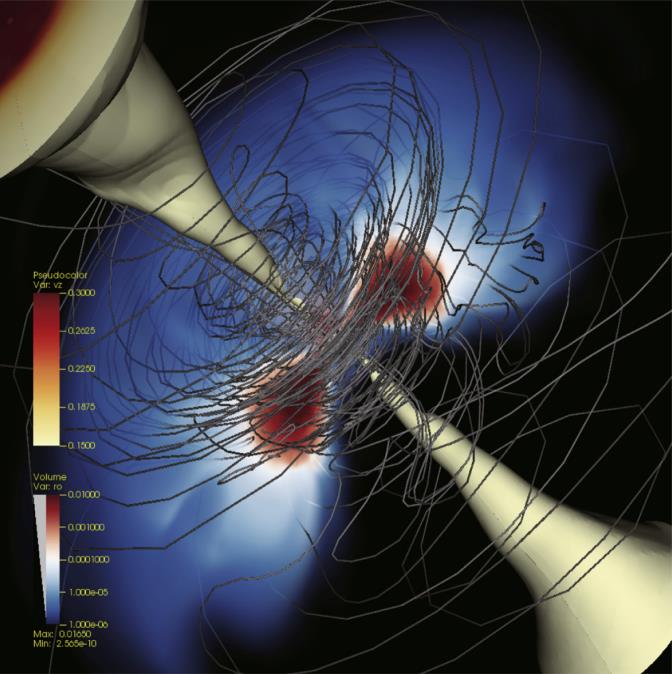